I've always been a sucker for Christmas. A lot of people don't expect a "horror" novelist who writes things like Sacrifice and The Pumpkin Man to get all warm and mushy for the holidays, but I am a big fan of colored lights, Christmas trees, homemade frosted cookies, warm holiday fireplaces, eggnogg (the real homemade stuff, not that bubblegum syrup they sell in the stores) and everything else that goes with the season. Every year, my son and I even build a Gingerbread house!  And I have a tradition of watching It's A Wonderful Life every Christmas Eve that goes back to high school.

Our house is usually the brightest one on the block, and my wife strings garlands, tinsel and holly all over the place in December. Our tree is really special though -- because every year we end up adding ornaments to it that are very meaningful to us.

From my wife's Precious Moments ornaments to my son's Cars models to my own Nightmare Before Christmas ornaments (see, there's the horror author coming out!), our tree is filled with memories. There's a box in the attic that has as many ornaments that have been "retired" as are currently on the tree.

But my love of Christmas goes beyond decorating a tree and lighting the bushes. For over a decade, every year in December I wrote and recorded an original Christmas song (usually with my sister-in-law on vocals) that I gave out to family and friends on tapes and CDs. (After several years of not doing a song, I'm reviving the tradition this year, with a new song, and my six-year-old son at the microphone!). 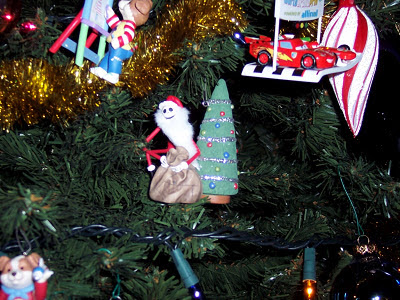 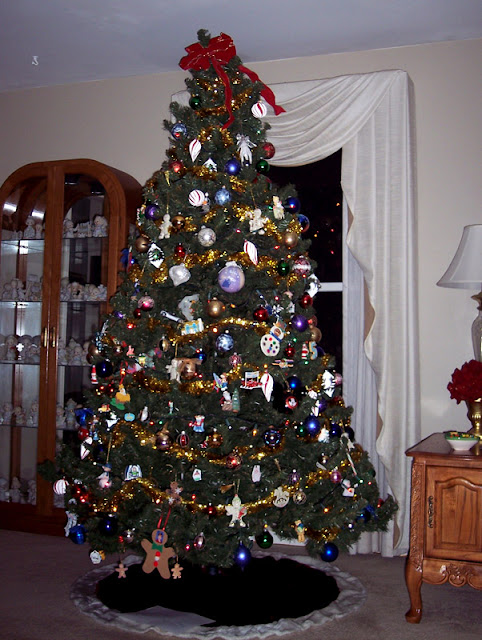 I also have written some short fantasy Christmas stories, including "Christmas, The Hard Way," which I originally penned for a decorative chapbook that I gave away as a gift one Christmas. That story now leads off my new Christmas Tales short e-book collection. It's a fantasy about a boy who lives in a family where magic is natural -- but they all give it up for Christmas to remind themselves of how life is for most people. The boy's aunt is a ghost who guides him on his journey, as he has to find a way to make a present for his baby brother without magic-ing it up. "Christmas, The Hard Way," and "Frost" (about a boy and a frost sprite) both appear in my Vigilantes of Love horror and dark fantasy collection, but last year I wanted to break the Christmas stories out of that book (some people don't want horror for Christmas after all!) So I decided to write a new holiday story (based on one of my song lyrics, actually) and I put the trio out as a special "feel-good" holiday collection. 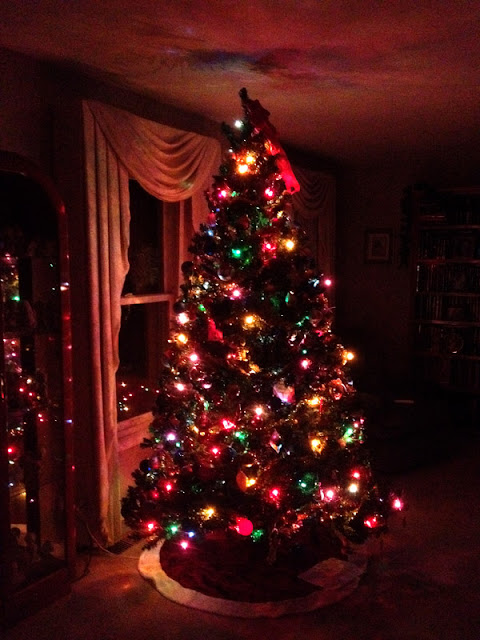 I've also posted some holiday computer wallpaper and a couple of the Christmas songs I've recorded freely on my web site. Probably my favorite is "Show Me Christmas" which I recorded in a friend's 16-track basement studio with a live band and an amazing guest singer. You can listen to that and "Will You Spend this Christmas Night With Me" (which was recorded in a much lower quality -- four-track recorder in a bedroom) on my Christmas page www.johneverson.com/xmas.htm. So finally, some of the gifts I've shared with family and friends are now out in the world. I hope some others enjoy them!

I'm looking forward to spending this Christmas Eve after everyone's in bed just enjoying the lights and memories of my tree, probably with my favorite new Christmas ale -- Great Divide's Hibernation Ale --  in hand.
Merry Christmas everyone!

John Everson is the Chicago-based Bram Stoker Award-winning author of six novels, including The Pumpkin Man and Siren. His collection Christmas Tales offers three "ghosts of Christmas" in its three stories celebrating the magic of the season, as well as the lyrics of four original holiday songs. It's a book that can be enjoyed by all ages and is  $0.99 via Amazon, Barnes & Noble and Smashwords, and you can also download it from Kobo, Sony and the Apple iBookstore. Visit him on the web at http://www.johneverson.com/

THE PUMPKIN MAN is coming...
For you! www.thepumpkinman-horror.com