Bringing My Hometown History to Life, by author Keli Gwyn 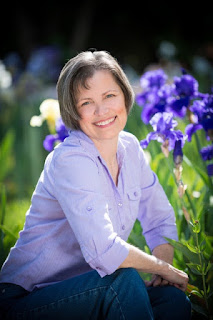 I live in the heart of California’s Gold Country in the town of Placerville, just eight miles from Sutter’s Mill, where James Marshall discovered those nuggets that launched the Gold Rush. This area is rich in history, and I love bringing it to life in my stories.

My latest Love Inspired Historical, Make-Believe Beau, is my fourth published book, but it’s the first set in my hometown. I had a blast doing my research so I could transport readers back to 1874 Placerville and present the town as accurately as possible.

One of my favorite research findings happened at our local library a few years back. I discovered drawers filled with microfilmed copies of the state’s oldest newspaper. The Mountain Democrat has been published right here in town since the 1850s. Our local library has issues going back to the very beginning. Talk about striking it rich!

When I’m working on a story set in this area, I scroll through yards and yards of microfilm as I read the issues of the newspaper published when the story is taking place. I love to mention businesses from that time along with the people who operated them. 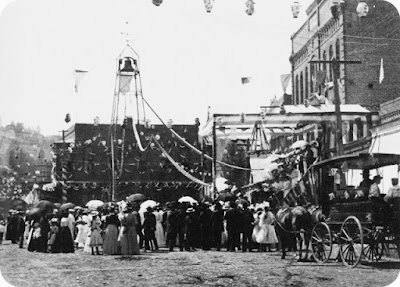 What’s even more fun is working in actual events that occurred when my story does. Make-Believe Beau takes place during the summer of 1874. Placerville held its annual Independence Day celebration that year, so I included the Fourth of July festivities in the story.


The race’s finish line (at least in my story) is located at the Plaza, pictured from a Fourth of July celebration some years later when photographs weren’t quite as rare. When I walk past the Bell Tower in the middle of the Plaza these days, I can almost picture Flynt and Jessie standing there. I recall that memorable scene and smile. 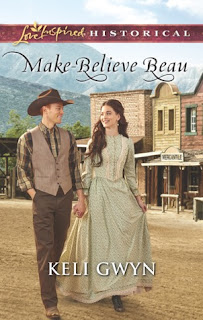 When I learned that a horserace was held, I thought that would be a great opportunity for my hero, Flynt Kavanaugh, to show his supposed sweetheart, Jessie Sinclair, how well he could ride. Things don’t go quite as Flynt expects, though, and he’s in for a surprise at the end of the race.


The Courtship Charade
As a draftswoman in a man’s world, Jessica Sinclair causes a stir as her new male colleagues vie for her attention. And the company manager  has an ultimatum: fake a courtship with her boss, Flynt Kavanaugh…or lose her job. But pretending to be smitten with the handsome engineer unleashes a real, complicated attraction—and could reveal the past she hoped to keep hidden.

Jessica is certainly the best person for the job. But as their make-believe romance escalates, Flynt knows that’s not the only reason he wants her on his team. However, with his past shrouded by a shameful secret, Flynt has always focused his ambitions on building a career, not a family. Now he has designs on Jessica’s heart, but can they trust each other with the truth?

What are some of your favorite hometown traditions?


If you’d like to enter my giveaway for a copy of Make-Believe Beau, leave a comment with your answer to the question above.