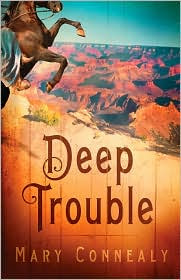 Consistency. I do most of my brainstorming at night, while I lay awake in an insomniac fugue state. (I don’t know what fugue state means but I’ve been trying to work it into a blog and think this is a good spot.)

So, I brainstorm ‘what’s next for tomorrow.’ I have this image of myself flipping ideas over and over, tossing stuff out, trying things out, moving on, going back. I’m a sort of slow-motion juggler or acrobat twisting my mind around ‘what if.’

Actually I know I’m going to have a good night’s sleep when this works for me. When my mind is rabbitting around bickering with my husband over something he said sixteen years ago or nagging the children or arguing with something someone said on TV, then I’m in trouble. When I can brainstorm, I’m going to get to sleep soon. The fact that my plotting puts me to sleep is a matter best left to professional psychologist and fiction editors.

But it’s at night when I have these brain flashes like-- “I had her head bleeding at the beginning but I never had her wash blood off her face. Where did Adam get a rifle? I didn’t include Betsy in the scene with all the kids. Where is Betsy?

So, this is continuity as I define it. Writing a book, well, there are just a SCAD of words. You just write for pages and pages and pages. And usually the big stuff is there, pretty much laid out. You remember that. It’s the LITTLE STUFF that gets messed up. The fact that Adam, a secondary character, pulls a gun on the bad guys, when I have very clearly said (on the three occasions he’s come up for a few sentences) that he had no gun.

That’s in Petticoat Ranch and that book had been done for YEARS with that scene of Adam and his gun before I finally, one night in bed thought, “Where did Adam get a rifle?”

So, if I have those moments, well, I try not to get out bed. My chances of sleeping go way, way down if I start writing because I find writing to be caffeinated. But I do sometimes get up and write a sticky note and glue it on my computer monitor.
Then, the next time I get the computer turned on, if I’m not at a point in my life where I can deal with Adam and his rifle. . .or the lack there of. . .I type a message to myself across the top of page one.

Across the top of Deep Trouble—not the copy I sent to my publisher, are these messages:

That which doesn't kill me makes me stronger (I have a joke I'm planning to tell using this line)
It is May
Emmy’s slightly younger brother Marcus And Ahway(Doba's son) come. She’s good on a trail.
Or not
Rope around Gabe’s waist? Belt/Lasso?
Pet name for Shannon.
Tyra had three older brothers who had struck out on their only after they realized Pa was too stubborn to move aside and let one of his sons be a real partner. But now Pa was aching in his joints and he got tired a lot faster. He’d lost a lot of his love of the ranch when Ma had died. She was buried in a quiet grave along with two little sisters. Pa was ready to let a son-in-law in, Tyra just knew it.
Bucky, brown hair, blue eyes. After his mother.
Seven sons; Abraham, Bartholomew, Canaan, Darius, Ephraim, Felix, Gabriel
He wants a woman like his mother and to prove himself to be dependable to her.
Shannon is exact opposite of his mother, not a ranch wife. City girl.
Hosteen Tsosi, wife Hozhò Tsosi (I’ve left off the dash`)
Gabe left home at seventeen. Ten years in the cavalry. Cowboy Christmas set in 1880. Gabe is 29 in this book.
Describe Shannon better. Dimple in chin. . .dent that looks like God had rested his finger lightly on her chin when he created her. Give Gabe the quirk of touching her chin.
Her quirk?
Get to scene with brothers and Bucky. Maybe Bucky before they get to Kinlichee
Rework villain’s motives from 37 on. . .done to there.
Shannon’s mother--Giselle Campbell Fontaine Father--Dysart Professor Delmer Dysart. The Delmer had been twisted into Delusional
Create brothers for Gabe.
Would be fiancée for him. Tough Texas rancher daughter for Gabe. Sets out with several of her brothers to find Gabe and drag him home. She likes the idea so she’s in but NOBODY pushes her around. Ruthless, tough, but not stupid, not evil. Perfect woman for Bucky. Tyra Morgan. Lucas Morgan-Tyra’s pa
What does Tyra look like? Tyra shook her head so hard she whipped herself in the face with her single long dark braid. Blue eyes, same color as Maddy’s.
Go on about families
Bucky-Chatillon- He was a guide and hunter for the American Fur Company of St. Louis in the 1840's before settling permanently in the area with his second wife, Odile Delor Lux. Chatillon served as a guide for Francis Parkman, Jr. in 1846. Parkman wrote about their trip in his book "The Oregon Trail."

I will often have up to two pages of these notes at the top of a book document and when I feel like I've fully solved whatever issue the note is a reminder of, I delete the note. And also cry quietly with joy for a brief time to have one more thing perfected in my work. (joke)

One of the reasons I’ve battled consistency issues is because I wrote books that weren’t connected, then I rewrote them into a series. So, I may have needed to age a child but forgotten to because it's now book #2 in a series and I made that child have some small part in book #1.
I may have had one girl acting like a 12 year old, then a 16 year old, then a 12 year old again. This is partially because this character, very minor, was written with years between her creation and the finished book and I simply don’t remember how old I made her.

So, that’s my hint for consistency. Make notes to yourself at the top of the manuscript. 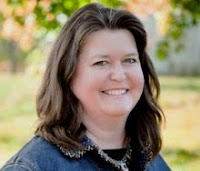 http://www.seekerville.blogspot.com/">Seekerville
http://petticoatsandpistols.com/">Petticoats & Pistols
http://mconnealy.blogspot.com/">My Blog
http://www.maryconnealy.com/">My Website
Mary Connealy writes fun and lively "romantic comedy with cowboys". Her novel, Deep Trouble releases in May. She is the author of the successful Lassoed in Texas, Montana Marriages, and Sophie's Daughters series. Her novel Doctor in Petticoats is a finalist for a Rita Awards, her novel Calico Canyon was nominated for a Christy Award and her novel Cowboy Christmas won the Carol Award. She lives on a ranch in eastern Nebraska with her husband, Ivan, and has four grown daughters, two fine sons-in-law and two spectacular grandchildren.