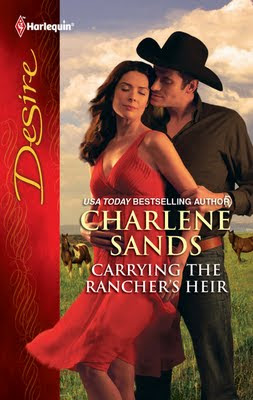 ISBN: 9780373731015 (Desire #2088)
The passionate, impulsive evening Tagg Worth had spent in the arms of brown-eyed beauty Callie Sullivan was madness. Visions of their tryst still haunted him, but their one-night stand was a mistake the wealthy rancher swore he would not repeat. Hawk Sullivan's daughter was strictly off-limits—especially since Hawk's main goal in life was to put Tagg out of business.

Then, suddenly, there was a baby on the way. His baby. Tagg vowed to do the right thing, no matter what it cost him. But his inconvenient new bride tempted his solitary heart down a path a Worth didn't dare follow….

"Whenever my books are released, I never know what the Front Matter is going to be. I’m talking about the inside-the-book sample page that highlights a pivotal point in the story. It’s the “teaser” that includes dialogue found on the first page as you open the book.  Sometimes, parts of the scene are left out, mingled or edited so that only a snippet is given. 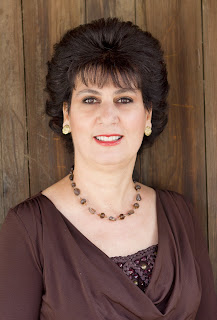 Once in a while, I try to guess which scene they’ll use.  But often, I just enjoy being pleasantly surprised.   Here’s the “teaser” in my May Harlequin Desire, Carrying the Rancher’s Heir.

Callie might have expected this. She swallowed past the lump in her throat, hurt that he’d even asked.  “Yes.”

Tagg inhaled sharply.  “You were ticked at your father and you –what?—seduced me in order to defy him?” He turned to her then, his eyes black with fury.

“I don’t think so. It all makes sense now.” He spoke with conviction as if nothing in the world would change his mind. “I mean, that was only part of the reason.”