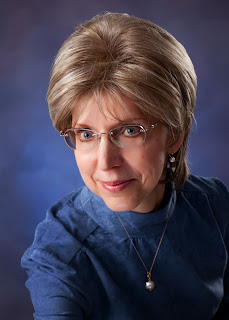 Have you ever become bogged down in research?  I have.  One book leads to another, or if you’re on the Internet, one site leads to another.  Before you know it, you’ve spent days – maybe weeks – reading, but your book still isn’t started.  How can you avoid getting caught in that sinkhole?  One answer is the KISS principle (keep it simple, sweetheart).  For me, that means working with five different research tools.
The children’s section of the library.  When I wrote for the secular market, one of my publishers asked me to write a trilogy set during World War One.  At the time, what I knew about that time period could be described in two words: not much.  The adult section of the library had huge tomes, detailing each day of the war.  I could have spent weeks reading them, but instead I went to the children’s section.  The books I found there were considerably shorter.  Even more importantly, they gave me the basic information that I needed to plan the trilogy, namely the causes of the war and the major battles.  Later, when I knew exactly when each book would take place, I consulted the ten-pound tomes to see what was happening on specific key dates.  I didn’t have to read the whole book.  Instead, I was doing what I call ‘targeted research,’ looking only for key information.  What a time-saver!
Historic diaries and letters.  What I like about diaries is that they tell you how real people lived, and as such, they’re a valuable source of details.  For example, when I was researching my 2012 release set at Wyoming’s Fort Laramie, I read excerpts from an officer’s wife’s letters.  In them I learned that the dried potatoes the post store sold were considered virtually inedible.  An interesting fact, and one you can be sure made its way to the manuscript.
Costume books.  Readers want to know what people wore.  Oh, they don’t need to have a gown described down to the last furbelow, but knowing that women wore bustles in the 1880s and that there were five to seven petticoats under those bustles helps you add authentic details to your story.  To get those details, I find costume books, particularly those with extensive illustrations, valuable.  There is also a growing number of web sites with pictures of clothing from various eras.
Recipe books.  Like diaries, these help you understand what people ate during your chosen time period.  Just as importantly, they provide clues to what people did not eat.  If you don’t find a recipe for ragout, it’s probably because the term wasn’t used then.  To be true to the period, simply call it stew.  And that leads me to what I consider one of the most important research tools.
Dictionary with date of first usage.  I hate anachronisms.  For me there’s nothing so jarring as to be reading a book set in the Middle Ages and see, “The sword slid off his shield as if it were covered with Teflon.”  Admittedly, that was an extreme example, but my trusty dictionary saved me from the error of using ‘camouflage’ in a book set in the 1850s by pointing out that the word came into usage during World War One.
Why worry about anachronisms?  They brand you as a sloppy writer.  Consider this: checking a word’s first usage is simply another form of research.  That’s why, although I may use the other tools only once when I’m writing, my dictionary is always open.
So, there you have it: Amanda’s hints for simplifying historical research.  I hope they help. 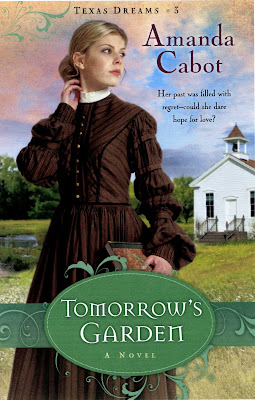 As the seed awaits the spring sunshine, so one young woman hopes for a brighter tomorrow
Harriet Kirk is certain that becoming the new schoolteacher in Ladreville, Texas is just what she needs—a chance to put the past behind her and give her younger siblings a brighter tomorrow. What she didn’t count on was the presence of handsome former Texas Ranger Lawrence Wood—or the way he affects her fragile heart. But can Harriet and Lawrence ever truly conquer the past in order to find happiness?
Book 3 in the Texas Dreams series, Tomorrow’s Garden is a powerful story of overcoming the odds and grabbing hold of happiness.
Amanda Cabot has always been a dreamer, and so it’s no coincidence that her first books for the CBA market are called Texas Dreams.  Set in the Hill Country beginning in 1856, these deeply emotional historical romances showcase God’s love as well as that between a man and a woman.  The first in the trilogy, Paper Roses, was a finalist for the Carol Award.  Scattered Petals received critical acclaim, and the final Texas Dreams book, Tomorrow’s Garden, has just been released.  A former director of Information Technology, Amanda has written everything from technical books and articles for IT professionals to mysteries for teenagers and romances for all ages.  She’s delighted to now be a full time writer living in Cheyenne, WY with her high school sweetheart/ husband of many years.