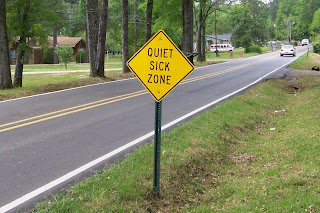 Did you hear the one about the woman who couldn't go to work because her chickens' feet were frozen to the driveway? It's not a joke -- it's an actual excuse given to a boss.

Gone are the days when an employee called in sick and coughed a little to make the story believable. Today, workers give a variety of excuses when they stay home from the office. And they're doing it a lot.

Almost one-third of employees admitted to calling in sick to work last year even though they weren't ill, according to CareerBuilder.com's annual survey. Fortunately for them, 75 percent of employers believe their employees are sick when they say they are.

But some bosses aren't falling for it.

Thirty-five percent of employers checked up on their supposedly sick employees. The majority (67 percent) of those suspicious bosses demanded a note from the doctor. A determined 14 percent actually drove by the employee's home. 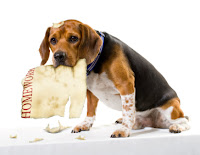 So what should you tell your boss if you need a rest but there's not a holiday in sight? Honesty is the best policy, says Rosemary Haefner, vice president of human resources for CareerBuilder.com. "If you're a strong employee and you're truthful about the time you need off, your employer is likely to give it to you." But if you get caught in a lie, you risk your reputation and possibly even your job.


Luckily, many employers are beginning to understand that an employee doesn't have to be suffering from the flu to need a day off. Mental health days, which allow employees to stay home from work to escape the stress and chaos of the office, are gaining acceptance in the workplace. Sixty-nine percent of surveyed employers consider mental health days acceptable uses of sick leave.

"Employers are placing a greater emphasis on work/life balance, offering more opportunities for employees to recharge and return to the office more productive," Haefner says.

So the next time you call in sick ' whether you have the flu or a desire to stay in your pajamas until noon ' you can decide if you want to tell the truth or a little white lie. If you choose the latter, here are some of the most unusual excuses bosses revealed.

1. At her sister's wedding, an employee chipped her tooth on a Mint Julep, bent over to spit it out, hit her head on a keg and was knocked unconscious.

2. While at a circus, a tiger urinated on the employee's ear, causing an ear infection.

3. An employee's dog wasn't feeling well, so the employee tasted the dog's food and then got sick.

5. An employee's roommate locked all his clothes in a shed for spite.

7. An employee was upset because his favorite American Idol contestant was voted off.

8. "I didn't think I had to come in if I had time in my vacation bank. I thought I could take it whenever I wanted."

9. An employee said he wasn't feeling well and wanted to rest up for the company's holiday party that night.

10. A groundhog bit the employee's car tire, causing it to go flat.