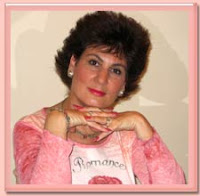 I'm excited to feature my friend Charlene Sands today! Many of you already know her - she's been here before and visits often. But now you have a chance to hear about her stories. And she brought HUNKY HEROES! That's almost as good as chocolate. Welcome, Charlene:

When we write our heroes, we give them traits that are memorable and they are often a melding of perfections and flaws, strengths and vulnerabilities, passions and aversions. Whether an alpha or beta male, the heroes we love stand out in classic ways.

My 2008 stories include five hunky heroes, all male, of course handsome in their own right, but each one of them are different and I thought it might be fun to see just how they differ and what ONE essential trait makes them stand out from the rest. Since I have 2 of the 5 romance covers, I’ll post them here, but then I let my imagination take flight and posted my idea of what my next three heroes should look like. 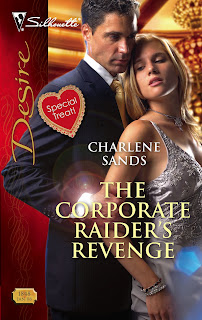 DETERMINED – Evan Tyler is nothing but determined to seek revenge on his rival by seducing his daughter and extracting information from her. He goes to great lengths in his deception to keep her from finding out his true identity. He’s resolute in making his hotel thrive by crushing his opponent. All is fair in love and war. Often time, when the hero is real clear in his objectives, the story unfolds naturally. 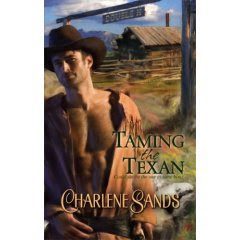 INDIGNANT - While I admit resentment isn’t a very “hero-like” trait, it works well in the story. Clint Hayworth is angry as hell and as bitter as they come. He returns home to his deceased father’s wealthy ranch after a ten-year estrangement (don’t go by the shack on the cover-the Double H is enormous and prosperous) to find his father’s widow. The woman is younger than him, gorgeous and refuses to sell him her half of the ranch. Clint’s bitterness drives this story and keeps the tension high. He trusts no one and believes the worst about the heroine. This trait defines Clint’s character and the underlying hurt he feels toward his father, which is revealed later on. I’m a pretty optimistic happy person, so I really had to reign in my own emotions and make sure I didn’t soften Clint until the end.

QUICK-WITTED – Okay, so this isn’t exactly how I’d pictured Caleb Matlock, the rancher raising his young niece in Springville Wife from the Western Weddings Anthology, but I bet I got your attention! Put a shirt on this guy (what a shame) holster a gun, toss on a Stetson, and you have our hero. He’s a rascal, the boy who teased and tormented our heroine in school before she moved away. Now she’s back with a sorrowful heart and Caleb can’t help but keep up his cunning ways to charm her back into his life. Caleb is the closest I’ve written a Beta hero this year. He’s half and half, a good blending of heart in the scenes with his niece and a touch of sensual mischief in the scenes with the heroine. But make no mistake, Caleb is sharp-tongued, clever and charming and extremely appealing. What woman doesn’t love a man who can make her laugh? 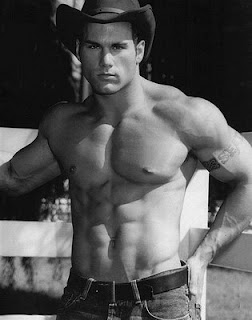 AMBITIOUS – This is a great picture of what Trent Tyler might look like from my first book in the Suite Secrets series, Five Star Cowboy. It’s a contemporary set on an exclusive ranch-style hotel in Arizona. Trent is as bold a cowboy as they come. He’s daring enough to make the heroine’s heart flutter, yet he pays a price for his driving ambition by losing her trust. His ambition is the villain in this story actually and his highly competitive nature nearly makes him lose the one thing that’s more important to him than his hotel.

VENGEFUL – Don’t you just love Tim Daly? He’s about as sexy as they come, IMO. Put a pair of shades on him, give him a bit more attitude and he’d make a great, Cody “Code” Landon, owner of Landon Security Company. Code has orchestrated himself into a flashy country singer’s life, in Book #2 of the Suite Secrets series. Code is an expert in the field of security and protection, but this time, he’s got revenge on his mind. He wants to give the beautiful country singer a taste of her own medicine. No longer believing she’s the innocent sweet girl he’d loved and lost in their youth to her career, Code wants her to pay for his heartache.

As you can see these revealing traits aren’t the most flattering, but when tempered with the right amount of sincerity, vulnerability and passion these heroes can make a story memorable. Do you have any stories that stand out in your mind because of the hero, whether in book form or TV or movie? What trait is most appealing in a hero and what traits do you think have been overdone?