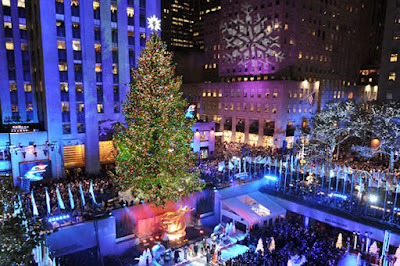 The Rockefeller Center Christmas Tree is a world-wide symbol of the holidays in New York City. The 2015 Rockefeller Center Christmas Tree will be lit for the first time on Wednesday, December 2, with live performances from 7–9pm. Tens of thousands will crowd the sidewalks for the event and hundreds of millions will watch it live across the globe. The Tree will remain lit and can be viewed until 8pm on January 6, 2016.