Their shared concern for the laddie quickly turns into something more--read the entire story on the Harlequin website over the next two weeks.
No comments: 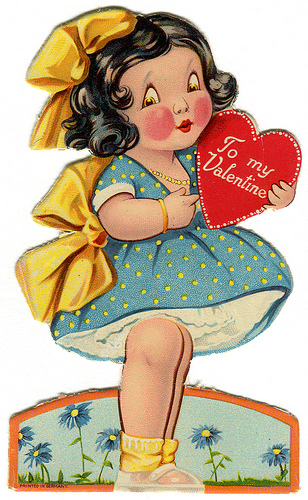 To: all my sweet friends
Smooches!
2 comments: 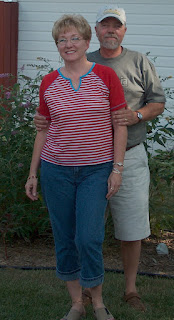 Cut the cake horizontally into 2 layers with serrated knife. Spread one with the pudding and place the other on top of it, sandwich style.
Melt chocolate and butter in glass bowl until butter is melted; stir until chocolate is completely melted and mixture is well blended.
Add sugar and remaining milk; mix well. Spread over cake.
Refrigerate 1 hour.

Cut! Costume and the Cinema


This morning Heartland Writers Group, the Nebraska RWA chapter, held our February meeting at the Western Heritage, Durham Museum. Cut! Costume and the Cinema is an amazing and informative display of period costumes. The intricate detail of these garments is incredible. The exhibit is a visual delight. No photos are allowed, which is sad for those of us who want to remember specifics--but the most difficult restriction was not to touch anything. Those fabrics and beads just called out for an admiring stroke. I had to enjoy with my hands firmly planted in my pockets, like a kindergartner at the mall.

One of the most astounding things the viewer notices is the miniscule size of the clothing. These are the actual costumes worn by the stars. The mannequins were custom made in France to fit the costumes. The celebs are tiny, tiny, tiny. The sizes for Uma Thurman and Kate Winslet surprised me. I know Keira Knightly is a twig. But Minnie Driver? I kept mumbling, "Where did they put Minnie's b**bs?" Yes, I question things like this.

I looked at those elaborately tall wigs topped with silk flowers and tried to imagine the women of that time who actually wore those things.

There are costumes from Pirates of the Carribean, Casanova, Sense and Sensibility, The Duchess, Phantom of the Opera,The New World, Finding Neverland, Miss Pettigrew Lives for a Day, Sherlock Holmes, In Love and War just to name a few. There were a few movies represented which I'd never seen, so I'll be Netflixing those, hopefully.

After the exhibit we were served tea, cookies and biscotti while we held our business meeting. Afterward several of us traveled in four degree temps to eat lunch together at Spaghetti Works in the Old Market. It was one of my favorite meeting times ever. Thanks to Anita and Terry for putting it together for us.
6 comments: 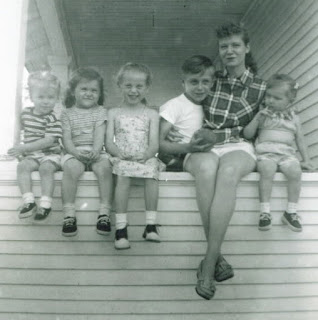 My cousin Diana just found this recipe for me. Diana is second from the left in this photo. I'm on the far right.

cousins, left to right: Carol, Diana, Linda, Larry (my aunt Marilyn) and me.

My Grandma St.John used to make these bars.